Back in 2008, as part of the I’m a Scientist pilot, we developed our first ever debate kit and sent it out to all teachers taking part. By 2010 we’d produced 3 more kits but then had a bit of a lull, and teachers started asking for new topics to debate in their classroom. 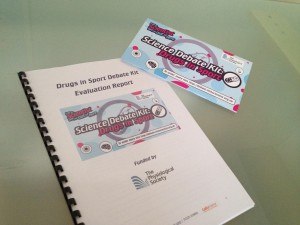 So, what better topic for a new kit than Drugs in Sport, in the year of the London 2012 Olympics. Well that’s what we thought, as did The Physiological Society who funded it.

When it came time to evaluate the debate kit this was therefore one of the main questions to answer. Was Drugs in Sport a good topic for a debate kit? Another key question was How many of the Drugs in Sport debate kits sent out were used?

We’ve emailed teachers we sent kits to, and sent letters asking for their feedback. From their responses we’ve evaluated the kit and written up our findings.

Here’s a summary of what we found:

How many of the Drugs in Sport debate kits sent out have been used?

We estimate that at least 43% of the kits sent out have been used (around 860 kits) and there’s a strong indication that the majority of those who haven’t yet used it plan to use it in the future. The kits were also used by just under a third of teachers in I’m a Scientist – around 90 kits – and a further 100 kits are likely to be used in the future.

Was Drugs in Sport a good topic for a debate kit?

The topic of Drugs in Sport was very successful and popular – teachers requested this kit quicker than previous kits, nearly 300 new teachers signed up to receive it and we had very positive feedback from teachers. We think that the kit was popular partly as we hadn’t created a new one for nearly two years, but also because the topic really appealed to teachers.

We have received lots of positive feedback from teachers, including praise for the topic, content and structure of the debate kit, and also asking for more kits to be made. We were also surprised by how quickly teachers requested all of the 2,000 kits. We were still receiving requests after we’d distributed all the copies we had, and had to refer teachers to the downloadable digital version instead.

Physiology topics are relevant to many aspects of the curriculum, and teachers told us that this topic fitted well into Biology, Chemistry and Sports Science syllabuses including GCSEs, A Levels and BTECs. With the London 2012 Olympics it was a current topic that their students could easily relate to and were interested in.

What does this mean?

So, all in all it was very successful and we’re already thinking of topics for new debate kits. The current idea is looking at GM Food and whether it’s necessary in order to be able to feed the world in 2050.

Posted on September 28, 2012 by in Evaluation. Leave a comment 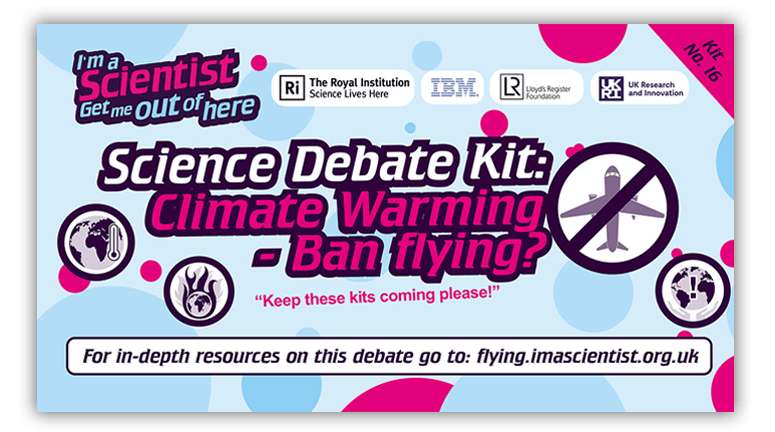