We’re all about ‘having your say’ here at IAS towers…

So much so, we suggest you have other people’s say too! Or, to put it another way, the government are running a consultation on how to increase the engagement between science and society, and you can join in. In their own words:-

This consultation site supports the development of a new Science and Society Strategy for the UK, looking at the engagement of science with society in its broadest sense, including the use of science by society, science education and the diversity of the science workforce.

The evaluation of the pilot event is going well. We’ve got a lot of interesting feedback. Key messages are that everyone thought the event humanised scientists – particularly, young people saw that scientists were real people and got a much better idea of their day-to-day lives. It empowered students, engaged and inspired them and really developed their ability to debate and discuss science issues.

Particularly interesting on the debate and discussion front, many teachers really loved the IVF debate activity. (For those of you who didn’t take place in the pilot, all resources can be downloaded from the site, by any teacher who wants to use them).

“I particularly liked the IVF roleplay activity and I think the idea of assigning roles really helps students empathise with the person whose role they took; it really helped them to get the complexity of the debate”

“I thought the IVF cards were brilliant for debating. It made the debate run smoothly and showed them clearly how different people have different points of view. By giving more info gradually, the pupils started to think about each situation and change their opinion with justification. I would really like to see some other cards like this on different topics.”

We’re now thinking of producing more cards like this, as requested, as stand-alone resources. So many teachers have said that there are few resources out there to help students learn how to debate. (Not to take away from the fantastic DEMOCS kits, but they are designed to do quite a complex task can be pretty complicated to set up and run).

Do you think these would be useful? And have you any ideas for topics you’d want them to cover? Here are our main contenders so far:-

This was a topic which came up time and time again during the event. Many pupils were strongly against it (which is fine, everyone is entitled to their opinions), but weren’t very well informed about what it entails, what regulation there is or why scientists do it. We felt that debating the issues and finding out more before the event would have given students a more complex understanding. And saved Tamsin having to explain that she actually loves her rats, at every live chat.

Another topic which came up often in live chats, with a great deal of scepticism from students, without much knowledge to back it up. We’d originally shied away from covering anthropogenic climate change in the supporting resources as some teachers said there was a lot of it in the curriculum now, “and kids get sick of it”. But it seemed that a lot of them didn’t really know much about the science.

Are there any other topics you’d love to get your students exploring what they think about? Let us know via comments, or email me.

IVF news which may be handy

Also, on a separate IVF debate related topic, I’ve been reading about this news story which raises some interesting IVF issues. If any of you are planning to use the IVF debate next year with other classes, you might want to use this as background, or extra info. A survey of IVF professionals showed that

Here is the survey press release, where you can download the full results and here are some links to coverage of the story in The Telegraph, The Guardian, The BBC, Nursing in Practice magazine and a local newspaper ‘Have your say’ thread.

I know you won’t be seeing your students until next year now (because you are all on holiday, you ‘I-can’t-swear-on-the-work-blog’gers), but you can bookmark them and use them next year. Or just come back here and get them in Sept, we’ll still be here! 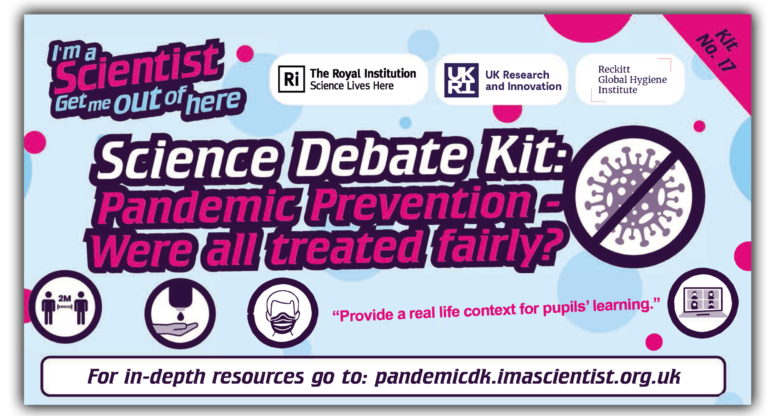